Interview with Writer/Director/Producer and Founder of MADIGAN FILMS: Tom Madigan 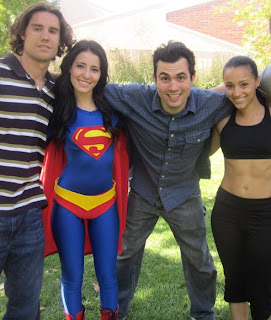 I met Tom at Writer's Boot Camp, Santa Monica. Cute, witty, and engaging I paid attention to his creative ideas. He has a lot of them and you can check them out at www.madiganfilms.com
Tom's a funny guy. I'm sure you'll agree after reading this interview. With his perseverance and attitude we will soon be seeing his comic-horror films in theaters.
And if you'd like an opportunity to see your name as executive producer, Tom is willing to negotiate those terms (see below).
Read on for interesting answers to some great questions:
1.    What's your favorite movie to shoot?
I like comedy-horror, not slasher stuff.  I prefer something over-the-top, but with something at stake for characters other than their emotional well-being.  And I never liked it when the hot girl was killed. 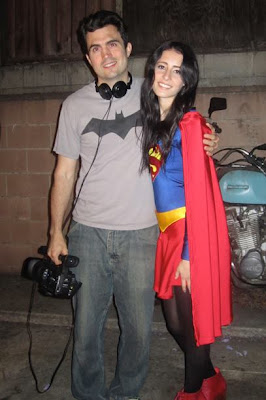 2.    In 5 words describe your feelings behind the camera.
Having Sexy Fun Times, Yes.
3.    You describe DEAD DOORNAILS as a cult classic: what does that mean?
It means that as soon as people see this movie (more than the thirteen who already have, mostly cast and crew) it will have a special place in their hearts! Man, we made that movie for $2,500.  And it’s freakin’ watchable!  Nobody else in Hollywood can do that.
4.    What's the strangest audition you've seen?
A man came in and I thought he had just killed someone.  Sweaty forehead, raspy voice, glassy eyes, nervous twitch.  If I thought he was only acting I would have cast him.  But it was just too real.  I was pissed he knew where I lived too, bc I had my auditions in my dining room.
5.    Do you currently have any celebs attached to a script or movie idea?
In my mind, Jim Carrey is going to star in a really timely thriller I have going.  Mr. Carrey, you wanna turn Hollywood on its ear with me?
Also, I had a really famous adult film star who wanted to do my comedy-horror movie, but for some reason she disappeared.  Probably drugs.
Don’t do drugs.  It will kill your chances of working with Tom Madigan.  And Tom Madigan will be working with Jim Carrey.
6.    Who would be your number one writer, actor, and producer to work with?
In no particular order: Stanley Kubrick , Jim Carrey, Sigourney Weaver, The Cohen Bros., Ridley Scott,  Paul Thomas Anderson, Daniel Day-Lewis and Blake Lively.
7.    Why horror? Do you have nightmares? Do you have an evil mind?
Comedy-Horror (thanks mom!).  Besides that, horror movies done right can be incredibly entertaining and empowering.  Yes, I used to have nightmares.  One was a recurring werewolf.  Until someone told me I could control my dreams.  Then I killed that sombitch werewolf with a whip.  I strangled the bastard at age four and he never came back.
Then I convinced my friends in first grade that I was a werewolf.
8.    What type of fake blood do you use? Does it stain? Smell?
Corn syrup and food coloring is what I make meself, unless I hire someone to make it, then I don’t know.  Mine stains clothes but washes outta skin after a few days.
9.    I see zombies and vamps on your website. Where are the werewolves? Anything in the pipeline for other celebrated monsters?
You THINK you see zombies.  I have a werewolf project coming down the pipe too.  And also that’s a role I’d love to play.
10.    Have you worked with anyone from Writer's Boot Camp? If yes, on which project? If no, anyone you'd like to work with?
Sci-Fi guru Mary Lissone and I shot a spec commercial for the iPad together.
And if I were ever hired to write a romantic comedy, and it would be awesome as all hell, I think I’d enjoy doing a re-write with Jason G.  Then again, he might not put up with me trying to have a vampire fly in the background during a very sensitive scene (and stumble as he landed).  But that movie would effin' sell.
11.    What one word describes you?
Loveabledictator.
12.    Where do you get the money for project budgets? Do you raise it yourself? Get loans? Or are you super rich?
I am super rich, but I wasn’t always.  I took my bank accounts down to zero more than once funding my own movies.  But you and I and everyone else will soon be dead, so I’d rather have a movie or two made before I go.
13.    What is the most creative way you've gotten someone famous (actor or director) to watch your reel?
I can be very intimidating.
14.    Do you reuse actors you've cast in other roles?
Yes, if we get along.  I like working with good people, but it’s mostly personality that I care about.  Acting ability comes second.
15.    What is the funniest thing that ever happened on set?
As far as “I didn’t see that coming?”  Hmmmmm.  One time I pulled off my pants and directed a scene in my undies because some actors weren’t getting along.  I thought it would ease the tension.
Another time, another movie, a homeless guy kept interrupting while we were shooting.  He had a technical question about the audio.
16.    Does your family support your creative career choice?
They aren’t unsupportive.
17.    How would you describe your director's voice?
Definite.
18.    What's the best shot during a murder scene?
It’s what you don’t see that is truly terrifying.
19.    How can my blog readers help you to become an even bigger success?
Send me love and good vibes.  And if you’d like to buy a DVD let me know.  A huge help would to make our online shorts viral videos.  SPREAD THE WORD!  (How does “She Thinks She Sees Zombies” not have 400 million hits by now?  It’s amazing.)
And if you’d like to help fund my next movie, or know Jim Carrey, I’d love to have you as an executive producer.
20.    What's your favorite horror pic?
There are so many good ones.  Including: The Shining (Kubrick’s!) and Psycho (Hitchcock’s!).  The Exorcist is also amazing, albeit a Catholic, fear-mongering, anti-sex propaganda machine.  It’s a really well done propaganda machine.  I also love the original Nosferatu.  And the first two Alien movies are masterpieces.   And I really wish I would have thought of The Blair Witch Project.
21.    What are you afraid of?
Living in an apartment.
22.    If you could choose, how would you like to die? Drowning? Fire? Shark attack? Other?
Peacefully in my sleep, or saving someone’s life.
23.    What are your favorite industry terms? Action! That's a wrap. Others?
In the words of Bela Lugosi, “Let’s shoot this fucker!”
Posted by Angie Azur at 1:16 PM

Things my friends do 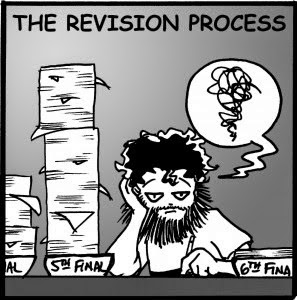 a side of Royal

You've got to be ready to show up and suck before you can show up and shine ~ 40 Days
You fail only if you stop writing. ~ Ray Bradbury
Some editors are failed writers, but so are most writers. ~ T.S. Eliot
I hate quotations. Tell me what you know. ~ Ralph Waldo Emerson
A loving heart is the beginning of all knowledge. ~ Thomas Carlyle
I honestly think it is better to be a failure at something you love than to be a success at something you hate. ~ George Burns
By failing to prepare, you are preparing to fail. ~ Benjamin Franklin
The best way to learn about writing is to study the work of other writers you admire. ~ Jeffery Deaver
Either write something worth reading or do something worth writing. ~ Benjamin Franklin
Writing is the only profession where no one considers you ridiculous if you earn no money. ~ Jules Renard
I'm writing a book. I've got the page numbers done. ~ Steven Wright
Yoga gave me the ability to calm down. ~ Christy Turlington
Destiny has a lot to do with it, but so do you. You have to persevere, you have to insist. ~ Andrea Bocelli
Ability is what you're capable of doing. Motivation determines what you do. Attitude determines how well you do it. ~ Raymond Chandler
At the touch of love everyone becomes a poet. ~ Plato
I think a hero is an ordinary individual who finds strength to persevere and endure in spite of overwhelming obstacles. ~ Christopher Reeve
Rarest of the real poets are born poets. They are the oddballs, not the professors. ~ James Broughton
More yoga in the world is what we need. ~ Diane Lane
Darkness cannot drive out darkness; only light can do that. Hate cannot drive out hate; only love can do that. ~ Martin Luther King, Jr.
All kids, when they go to school, are pretty good artists and dancers and singers and poets. All that gets buried, basically through being educated, or brainwashed. ~ William Wiley
To have great poets, there must be great audiences. ~ Walt Whitman
Melancholy is no bad thing. ~ Sting

Popular Posts of All Time 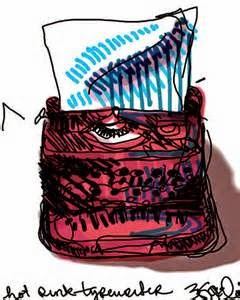 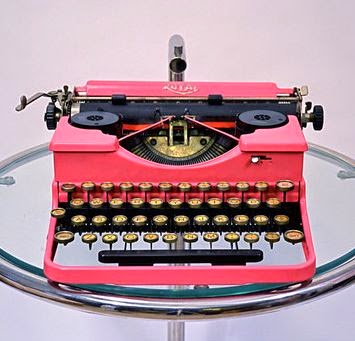 Want to be interviewed?

Contact me on facebook, or email me at angazur(at)mac(dot)com. Please add the word INTERVIEW in the subject line. 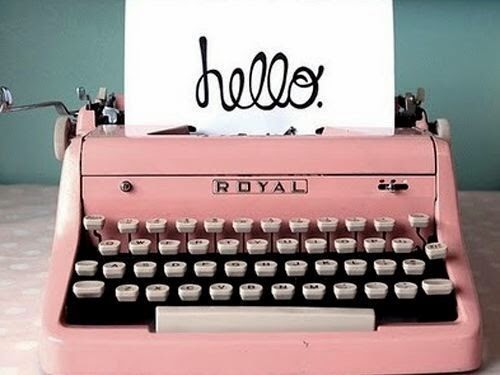 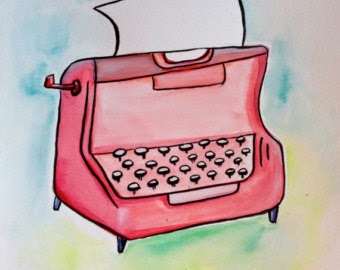